JPP Reacts To Being Excluded From JLP, PNP Campaign Talks 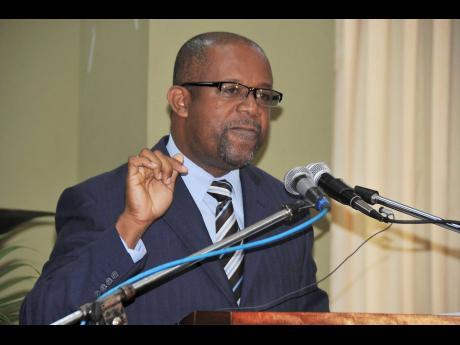 The Jamaica Progressive Party (JPP), one of the four political parties given the go-ahead to contest the general election, is taking issue with being excluded from planned talks between the governing Jamaica Labour Party (JLP) and the opposition People’s National Party (PNP) to discuss campaign issues.

Speaking in the aftermath of Tuesday’s declaration in Parliament by Prime Minister Andrew Holness that the nation will go to the polls on Thursday, September 3, Robert Rainford, the JPP’s general secretary, released a statement bemoaning his party’s exclusion from the planned talks.

“This is an affront to the electoral process as there are four political parties registered to contest elections in Jamaica,” said Rainford.

“Is this allowed under the political code of conduct? Come on, Parliamentary Ombudsman! We need some answers,” he added.

The JPP describes the omission from the talks as tribal politics at work.

“Wilmot Perkins, of blessed memory, must be turning in his grave as he described the politics of Jamaica as ‘the fight for scarce benefits and spoils carried on by hostile tribes who are perpetually at war’. This is very disgraceful coming so close to our Emancipation and our Independence,” charged Rainford.

“The Jamaica Progressive Party rejects this continued tribal approach to our politics, and we call for all Jamaicans to reject these two parties’ approach as if Jamaica belongs only to them. Let us remind them that in the last general election in 2016, only 47.72 per cent of the eligible electors turned out, so together, they could not make a majority.

“…time come for the people of Jamaica to let the PNP and JLP know that enough is enough, you will not settle for this any longer, and a viable third party – the Jamaica Progressive Party –  is on the scene to wrest state power from the hands of these two hostile tribes by building a prosperous Jamaica for all.”

While only declaring four candidates for the 63 parliamentary seats to be contested, the JPP has outlined an ambitious agenda to support its bid to become the party of choice in Jamaica.

“We intend to forgive all student-loan debt and make education free up to the tertiary level. All deregistered students need to get back into school as we need all hands on deck for the new Jamaica, and JPP will ensure that they do.”