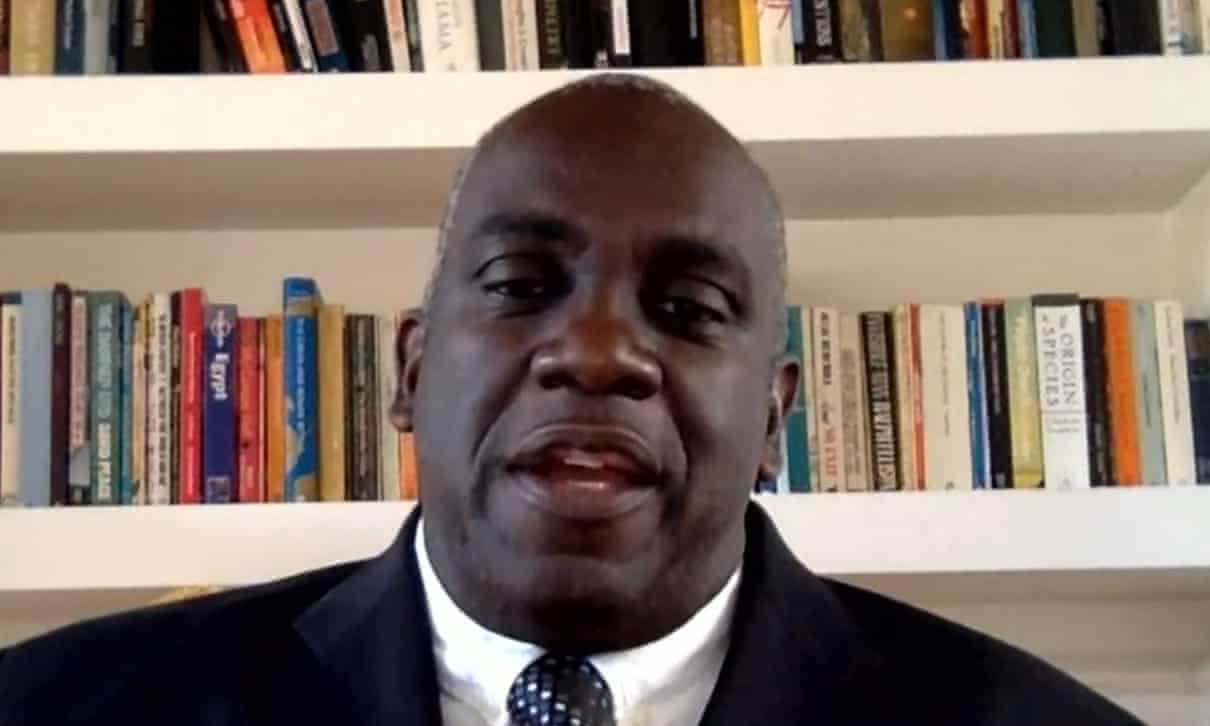 The academic chosen to lead the prime minister’s new racial equality commission, despite having cast doubt on the effects of institutional racism and making homophobic comments in the past, is facing a legal challenge to his appointment.

Tony Sewell, the former head of an education charity, is Downing Street’s choice to lead the commission it set up in July as a response to the global Black Lives Matter protests, through which demonstrators have demanded racial equality.

But the appointment was met with dismay by campaigners, who pointed to Sewell’s past attempts to play down the effects of institutional racism and focus instead on placing responsibility on the black British community.

Sewell also had to apologise after the Guardian highlighted references he had made to “tortured queens playing hide and seek” in a newspaper column written after Justin Fashanu became the UK’s first openly gay footballer in 1990.

On Monday, the anti-racism organisation the Monitoring Group took the first step in a legal challenge when it wrote to the government saying it intended to seek leave for a judicial review of the decision to appoint Sewell.

The establishment of the commission had already been placed under serious scrutiny after it emerged that Johnson put it in the hands of Munira Mirza, an aide who has previously criticised the concept of structural racism.

The Monitoring Group believes it has grounds to challenge the lawfulness of Sewell’s appointment as the chair of the commission because campaigners say it demonstrates the prime minister has not had due regard to eliminating discrimination, which is required by law.

It said Sewell’s “longstanding record of public statements rejecting or minimising the overwhelming evidence that already exists about issues such as institutional racism … are incompatible with his appointment as the chair of an independent commission”.

The group added: “The fact that Dr Sewell was moved to apologise for his discriminatory remarks about the LGBT community on day one of his tenure serves only to underline the point.”

It said that, “given his publicly stated views”, Sewell would not be seen as objective and, therefore, unable to effectively lead a commission focusing on racial and ethnic inequalities.

“We have thought hard about this challenge; it is not a decision that has been taken lightly. In the end, we cannot allow the struggles and gains that have been made on race relations in the UK to be undermined, diminished or eradicated,” said Suresh Grover, the director of the Monitoring Group.

Chez Cotton, of Matthew Gold & Co, acting for the Monitoring Group, said: “On any view, this is a significant appointment at another critical juncture in the history of race relations and social inequality in this country. There is a clear public interest in making sure that whatever its substance, the prime minister has acted lawfully in making it.”

A government spokesman said: “We encourage people to engage with the commission as it moves forward with this important work. The prime minister is confident that Dr Tony Sewell CBE shares his commitment to maximising opportunity for all. His record supporting young people from diverse backgrounds into STEM [science, technology, engineering and maths] careers speaks for itself.”

Jamaica Past (images)
Selected images from 1800 - 1923
Previous post AUG. 11: BERNICE KING/JANE ELLIOTT
Next post Stephen Lawrence racist murder: ‘The Met might give up, I never will’