‘Race and class’ at the heart of disaster – Grenfell 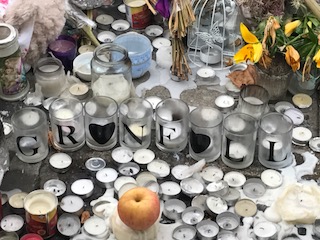 The families of those who died in the Grenfell fire and campaigners are calling for a separate investigation into the role of both race and class in their deaths.

The Grenfell Next of Kin group has submitted a statement to the inquiry chair, Sir Martin Moore-Bick. This document asks for a module in the inquiry that examines if the cost cutting that caused the deaths of 72 people would have been carried out if the inhabitants of the tower had been white and rich.

The statement says, “Systemic racism goes deep to the heart of the problem that caused the catastrophe. Questions around race and social class is at the heart of this truth-seeking and we would be grateful if you can revisit it and add it as an extra module.”

Justice activist Moyra Samuel told Socialist Worker, “There is a culture of institutional indifference to racism in this borough. We also need to look at how class affected what happened and to ask, if Grenfell was in affluent Chelsea would this have happened?”

Moyra also said that “Just the admission that race and class played a part in the deaths would be a step forward”.

This latest demand is also a grim reminder of how long activists have had to fight to get the courts to even consider that racism and class had a part to play in this tragedy.