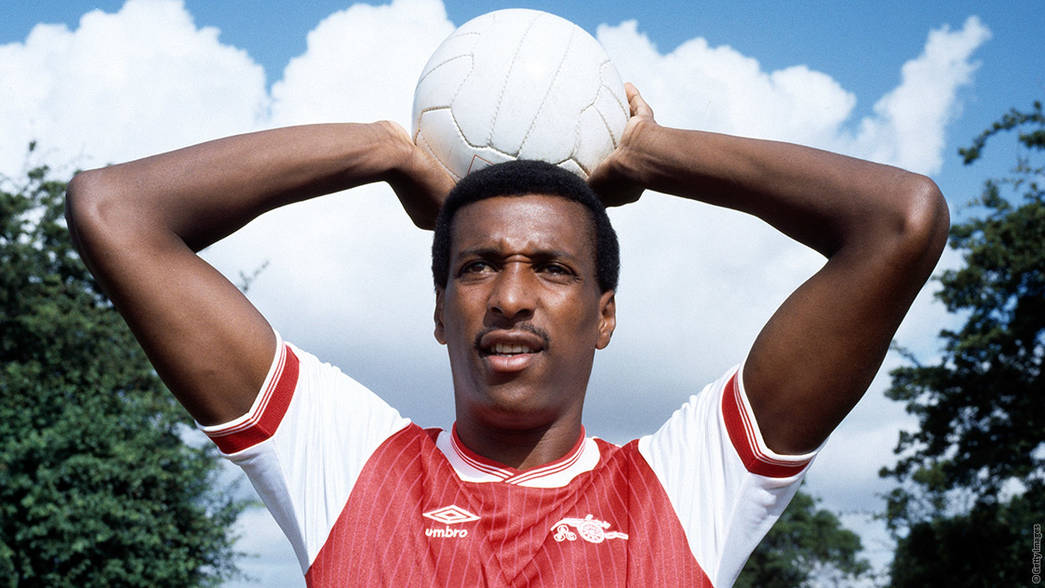 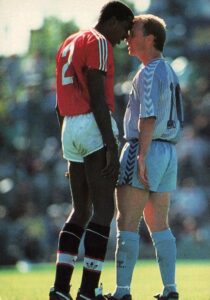 Vivian Alexander Anderson was born on 29 July 1956 in Clifton, Nottingham. He is a former football player (Defender) and coach.

His football career began in 1974 at Nottingham Forest, ended at Middlesbrough in 1995 and he played for Arsenal, Manchester United, Sheffield Wednesday and Barnsley during the two decades of his playing career. From 1993 to 1994, he was player-manager at Barnsley.

Viv’s international career as an England footballer represented the first time that a person of African descent had been given the opportunity to play for England.

This doesn’t mean however that the talent wasn’t available amongst footballers of African heritage, it simply means that this was the first time that the team selectors decided to give a Black player the chance to play for England.