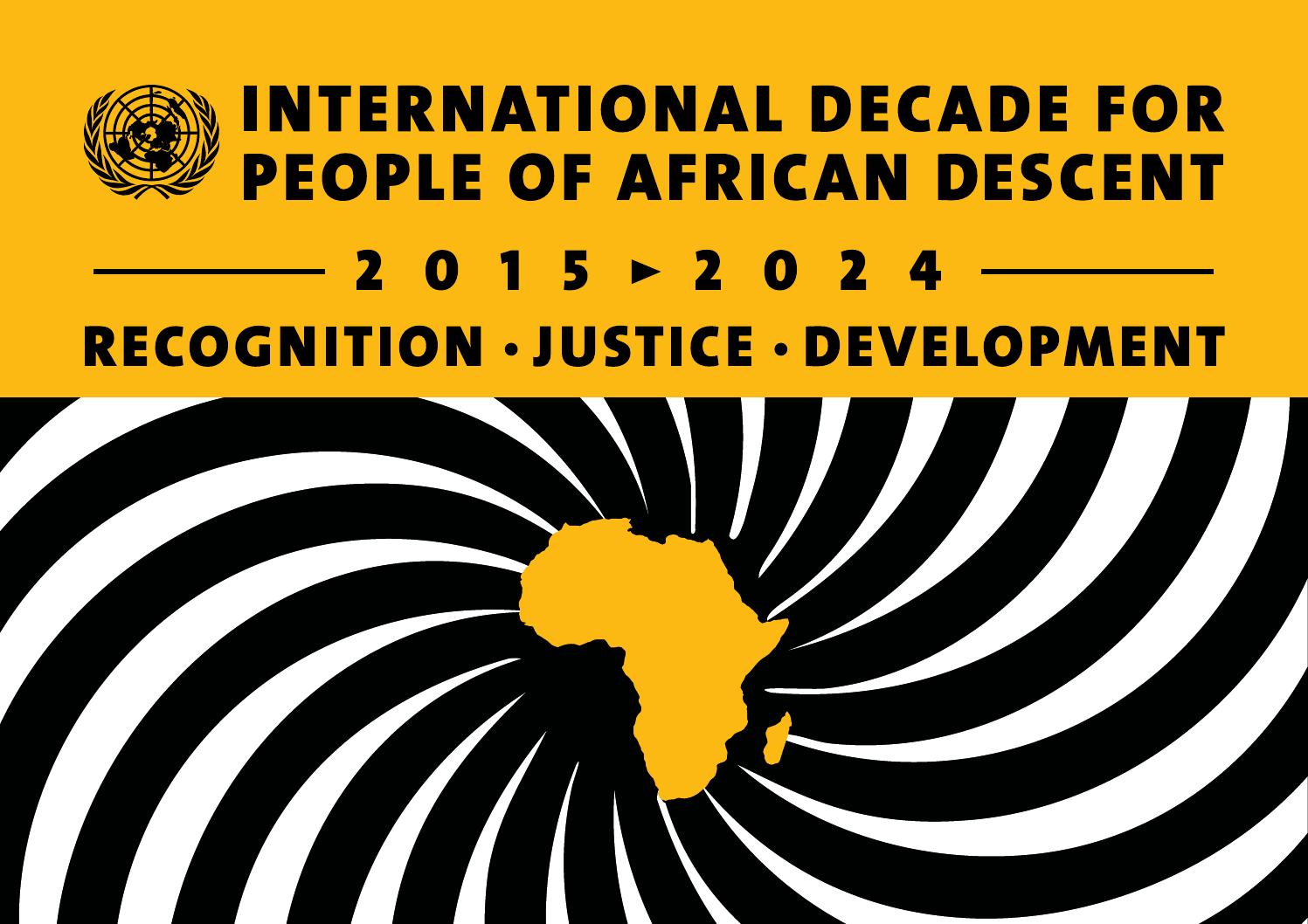 “… the International Decade for People of African Descent, commencing on 1 January 2015 and ending on 31 December 2024, with the theme “People of African descent: recognition, justice and development”.

The objectives for the Decade are to, “Promote respect, protection and fulfilment of all human rights and fundamental freedoms by people of African Descent, as recognized in the Universal Declaration of Human Rights; promote a greater knowledge of and respect for the diverse heritage, culture and contribution of people of African descent to the development of societies; adopt and strengthen national, regional and international legal frameworks according to the Durban Declaration and Programme of Action and the International Convention on the Elimination of All Forms of Racial Discrimination and to ensure their full and effective implementation.”

There is a programme of activities for implementation by state parties (members of the UN) including, “ensuring the completion of the construction and the inauguration…of a permanent memorial at UN Headquarters to honour the memory of the victims of slavery and the transatlantic slave trade.” Unfortunately, the United Kingdom declined to participate in the Decade and its activities.

The UN Committee on the Elimination of Racial Discrimination Report of 03/10/2016 on the UK notes that “It also regrets that the State party does not intend to adopt any activities or plans for the 2015-2024 International Decade for People of African Descent (arts. 2 and 5).”