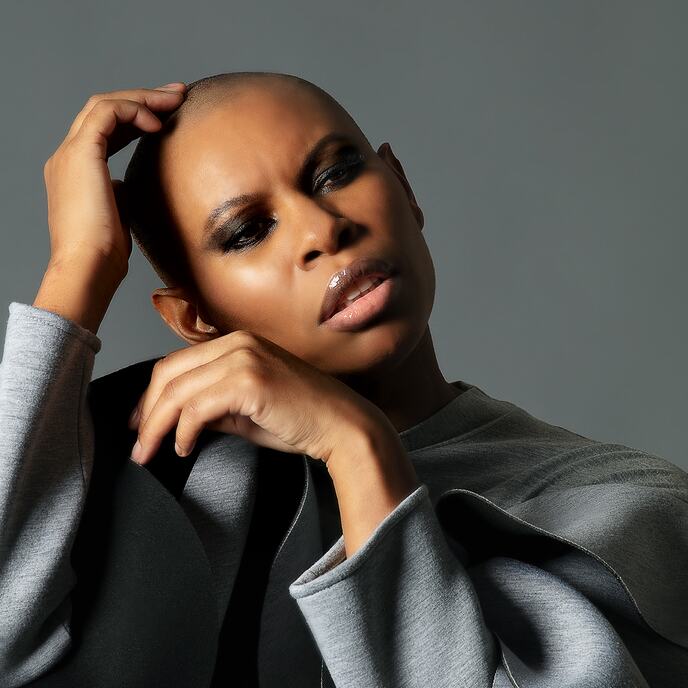 ‘You’ve got to keep moving forward, keep striving for everything you want to be.’
Skin

Told with honesty and passion, It Takes Blood and Guts is the story of how a gay, Black, working-class girl with a vision fought poverty and prejudice to write songs, produce and front her own band, and become one of the most influential women in British rock.

‘It’s been a very difficult thing being a lead singer of a rock band looking like me and it still is.

‘I have to say it’s been a fight and it will always be a fight. That fight drives you and makes you want to work harder… It’s not supposed to be easy, particularly if you’re a woman, you’re Black or you are gay like me.’

Born to Jamaican parents, Skin grew up in Brixton in the 1970s.

Her career as an artist began in the 90s, when Skunk Anansie was formed in the sweat-drenched backrooms of London’s pubs.

Since then, she has headlined Glastonbury and toured the world, both as lead singer of the multi-million-selling band Skunk Anansie and as a solo artist.

For this event, she is in conversation with the broadcaster, film-maker, critic and journalist, Bidisha.

This event is pre-recorded exclusively for the Southbank Centre.

We have partnered with Rakuten on our Inside Out series, so we’re offering a free ticket to this event for all Club Rakuten members.